Last week a study was released from Current Biology that brought some sobering news to the forefront. Basically, it said that kids raised in religious homes were less generous and kind than those raised in non-religious homes.  And by religious, they mean that the parents identified with a religion (mainly Christianity or Islam), they measured frequency of religious attendance, and rated the overall spiritual atmosphere of the home. 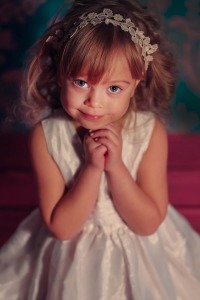 Now, I’m not one to read an article and go with it. So I traced all the statistics and sweeping generalizations back to the source, hoping to find that what had been shared by the mass media and non-religious bloggers was…well, wrong. But, what I found was, in fact, that the study did seem to show that children raised in religious homes, and most specifically in Christian fundamentalist homes, tended to be more judgmental, less altruistic, and more punitive than kids raised without religion.

Seems kinda counterintuitive, doesn’t it?  I mean, shouldn’t it be the other way around, if everything we proclaim to be true about God and His Love is in fact true?  And if it is true, why?

Why are church kids meaner?

I say we start by looking at their role models – me, you, adults in the Church.  Are we modeling generosity, love, and kindness for them?

1. In terms of generosity, Barna Group’s latest study on American Donor Trends show that evangelical Christians do indeed donate more than other groups. However only 5% of American Christians tithe (give 10%) of their income and when they give or donate money, it usually goes to churches or religious charities. They give the least to non-profits, community organizations, or local non-religious charities. So, in short, we give…but we give to ourselves.

2. What about love? I realize that “love” is hardly quantifiable but there are some things we can look at. I’m sure that everyone remembers the “tipping” debacle of 2013 where a pastor in an Applebees refused to tip a waitress because he only gave God 10%, why should he give her more?  When the picture of his receipt when viral, the waitress got fired but interestingly, waiters and waitresses all over the country began writing to share this one story: Christians are the worst tippers and Sundays are the days serving staff work the hardest but earn the least.  That’s “our” reputation, which I know many have been working hard to improve since then, but that’s what “we” are known for.

3. Kindness then?  A study done by Berkley social scientists “the link between compassion and generosity was found to be stronger for those who identified as being non-religious or less religious.”  In other words, non-religious people tended to be moved more by compassion to help others than religious people were. So what were religious people motivated by? “Doctrine, a communal identity, or reputational concerns.” It was more of an “I have to…” than an “I want to…” attitude.

Now, before you think I’m just being negative and pessimistic and picking on Christians, please know, that is not my heart. However, I think that we need to consider some of these things.  If secular studies show these trends, I think it would behoove us as the Church to pay attention.

Maybe we need to ask ourselves some questions like, “Why do we give?” and “Do we show kindness?” and “How am I modeling generosity for my children?“

Yesterday, I posted a comment on another blogger’s post regarding the Syrian refugee crisis (and please don’t hang up and stop reading now because you think I’m about to express my opinion on it – if you want to know, my Facebook status regarding it is public). The fact that I just put that little disclaimer there may indicate what my day was like yesterday. Let’s just say, kindness wasn’t always shown in some responses I got from others. And more than one person said to me, “Christians can be so mean.”

And that breaks my heart. It really does. For so many reasons.  Not the least of which is that our children are learning from us.

They are watching and listening and learning.

They are growing up and learning how to be adults by watching us.

That’s a pretty huge responsibility, and if the study first cited in the article is correct, we are leaving a gap when it comes to simple kindness.

If anything, it should spur us on to consider how we can intentionally and purposefully be generous, not because we have to, but because God has so generously lavished His love on us. And to do so in a way that let’s our children see that being kind and generous is WHO we are, not WHAT we do and invites them to be a part of the giving.  As those who have been chosen of God, holy and beloved, let’s put on a heart of compassion, kindness, humility, gentleness and patience (Col. 3:12). And maybe we won’t make a dent in the statistics, but we can certainly make a difference in our home, our church, our community.

“In serving one another, we become free” – inscribed on the Round Table of Camelot, according to the Arthur legend.

Join the conversation on Facebook at ReFocus Family and Intergen Ministry.

For more information about practical discipleship in the home or transitioning to a more home-focused, intergenerational ministry at your church, go to ReFocus Ministry or “like” our Facebook page.

Christina Embree is wife to Pastor Luke, mom to three wonderful kids, and family minister at Nicholasville UMC. She is passionate about seeing churches partnering

with families to encourage faith formation at home and equipping parents to disciple their kids in the faith. Currently studying Family, Youth and Children’s Ministry at Wesley Seminary, she also blogs at www.refocusministry.org and is a contributing blogger at ChildrensMinistryBlog.com, Seedbed, and D6 Family.

2 thoughts on “Church Kids Are Mean”